“We Call it Brown, They Call it Weekend in the Country”…

Home » Color » “We Call it Brown, They Call it Weekend in the Country”… 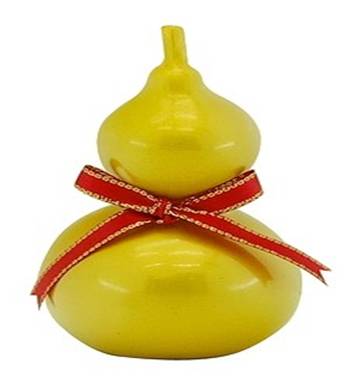 Calabash (PPG 111-5) is a golden yellow and named after the Calabash Gourd.   Unrelated to PPG’s naming of the color the calabash gourd is the Inspiration for Feng Shui’s Wu Lou Health Symbol. The authentic Wu Lou is made of the gourd fruit plucked from trees, the flesh inside carefully removed and then dried. In ancient times, the Wu Lou was used to store water or medicines used during traveling and expeditions. Because of the Wu Lou’s role in keeping the travelers alive, it was given the name the “giver of life” and hence became a symbol of good health.

What’s in a name?

Good energy and for another thing:  Marketing.  Marketers are aware of the emotion factor that draws us to brands and that we want to live with much more happiness in our lives.

Marketers are knowing that when we are drawn to a beautiful color but hate the name we’ll often discard that choice.    I personally won’t promote a color to a client that has a negative reference in the name.  For instance, Farrow & Ball has a color named Dead Salmon.  Great color, awful name.  I am told that in England, ‘dead’ refers to the matte finish of the particular color.   I still won’t suggest that color:  if we need THAT Particular shade, I will have it custom matched at the paint counter and name it  “Client’s Custom Color,” and keep the formula for them.

Those names speak to us all the time

Even when we are not aware of it, our body/mind/soul remembers everything.  Our bodies process the equivalent of billions and billions bits of information per second but our minds are aware of only a small fraction…unless we pause and focus our awareness.  Where the color name comes in:  the name is registered in your psyche and it speaks to you each time you come into the room.

Who Names those Colors?

I was recently asked by PPG Pittsburgh to do some historical research with the man who was in charge of naming paint colors. Jeff Meade, PPG Industries, was given the task to name the new paint colors for Voice of Color in 1987. Many of the names were transferred from the previous Voice of Color Library but many were added. It was a very magical meeting as I saw Jeff become engaged with the natural references to some of the colors he named.

Said Jeff: “Walnut Grove”was named “not so much just the color of the treees but the walnuts as they lay on the ground and break down color of the shells when they turn brown and fall off it stains the ground with that dark green  all the walnuts are still on the grass and wherever they are there’s this dark green color like that.”    Shark Skin was named after a large Nurse Shark he encountered while scuba diving in Australia.  More great stories that will be posted on the Voice of Color Site and will be accessible to everyone.

“We had six months to name the colors and at first it was very fun, but after you use all the nuance names, it became difficult to find different names for colors that were very similar.  You could only name one color Ponytail, there was only one color you could name Coffee Rose (there actually IS a “Coffee Rose” and it’s beautiful) and we got to the end of the time limit for the project so names like Pegasus came from a stuffed animal my daughter had in her toybox.”  And you were probably right, the names often were a result of collaboration, often late at night and with a glass of wine (or two).

New Names for a New Era

Things have evolved just recently, as Marketers are getting savvy to the fact that names have power to elicit emotion and they are trying to connect names with emotional experiences we want to have.   They are not making reference to the color, but to the experience we might want to feel when we use that color.

Names do make a difference:

Happy Trails, Weekend Getaway, or Sandy Beach, Bright Star, Himalayan Mist are names that specifically target our emotional need associated with color.   Weekend Getaway, by Valspar, sounds romantic and restful, what color would you imagine it to be?

Here’s today’s New York Times article describes just how Marketers are using to help them market paint, but if we look at the power of names to elevate our spirits, I think we can all win at this one!   “We Call it Brown, They Call it Weekend in the Country”

What color does YOUR soul need and what would you Name it?