Self-driving Cars May Save Lives 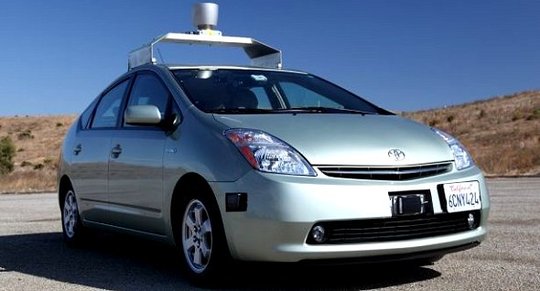 File this under Cool Stuff.  I haven’t yet seen this myself, but I will be looking for it.  In our modern world, we aren’t often vigilant about what’s around us, and these cars have a 360 degree programming that could save up to 1.2 million lives per year.

According to a recent post by Sebastian Thrun, Distinguished Software Engineer from Google, these self-driving cars have already logged over 140,000 miles (225,000 km).

Here are two articles about Google’s still experimental vehicle, the first is by Sebastian Thrun and the second posted on Scienceray.com:

“Larry and Sergey founded Google because they wanted to help solve really big problems using technology. And one of the big problems we’re working on today is car safety and efficiency. Our goal is to help prevent traffic accidents, free up people’s time and reduce carbon emissions by fundamentally changing car use.

“So we have developed technology for cars that can drive themselves. Our automated cars, manned by trained operators, just drove from our Mountain View campus to our Santa Monica office and on to Hollywood Boulevard. They’ve driven down Lombard Street, crossed the Golden Gate bridge, navigated the Pacific Coast Highway, and even made it all the way around Lake Tahoe. All in all, our self-driving cars have logged over 140,000 miles. We think this is a first in robotics research.

“Our automated cars use video cameras, radar sensors and a laser range finder to “see” other traffic, as well as detailed maps (which we collect using manually driven vehicles) to navigate the road ahead. This is all made possible by Google’s data centers, which can process the enormous amounts of information gathered by our cars when mapping their terrain.

“To develop this technology, we gathered some of the very best engineers from the DARPA Challenges, a series of autonomous vehicle races organized by the U.S. Government. Chris Urmson was the technical team leader of the CMU team that won the 2007 Urban Challenge. Mike Montemerlo was the software lead for the Stanford team that won the 2005 Grand Challenge. Also on the team is Anthony Levandowski, who built the world’s first autonomous motorcycle that participated in a DARPA Grand Challenge, and who also built a modified Prius that delivered pizza without a person inside. The work of these and other engineers on the team is on display in the National Museum of American History.

“Safety has been our first priority in this project. Our cars are never unmanned. We always have a trained safety driver behind the wheel who can take over as easily as one disengages cruise control. And we also have a trained software operator in the passenger seat to monitor the software. Any test begins by sending out a driver in a conventionally driven car to map the route and road conditions. By mapping features like lane markers and traffic signs, the software in the car becomes familiar with the environment and its characteristics in advance. And we’ve briefed local police on our work.

“According to the World Health Organization, more than 1.2 million lives are lost every year in road traffic accidents. We believe our technology has the potential to cut that number, perhaps by as much as half. We’re also confident that self-driving cars will transform car sharing, significantly reducing car usage, as well as help create the new “highway trains of tomorrow.” These highway trains should cut energy consumption while also increasing the number of people that can be transported on our major roads. In terms of time efficiency, the U.S. Department of Transportation estimates that people spend on average 52 minutes each working day commuting. Imagine being able to spend that time more productively.

“We’ve always been optimistic about technology’s ability to advance society, which is why we have pushed so hard to improve the capabilities of self-driving cars beyond where they are today. While this project is very much in the experimental stage, it provides a glimpse of what transportation might look like in the future thanks to advanced computer science. And that future is very exciting.

The following post can be found at http://scienceray.com/technology/googles-self-driving-car/ published by BluSphere.

“Self-propelled cars may sound like something from the future, but that is no longer true.

“Self-propelled cars may sound like something from the future, but that is no longer true. In October, Google revealed that they had actually developed technology for cars to drive entirely on their own.

“The cars are using video cameras, radar sensors and laser rangefinders to “see” traffic. They’ve also got a detailed map for navigating the streets. Google claims that the cars have already traveled more than 225,000 kilometers.

“LytLæs fonetiskGoogle’s self-propelled car is basically driven by a combination of a video camera on the car roof, GPS, WiFi, radar sensors and a laser rangefinder.

“The external apparatus records are then sent down to the car’s software, which processes data and gets the car to navigate the traffic such as San Francisco’s hilly streets and out on the town’s landmark, the Golden Gate Bridge.

“The route is planned in advance and cars drive up to the speed limit, which is pre-loaded in the car’s database before departure. The car’s driving style can be adjusted to suit individual requirements from “prudent” to “aggressive” where one of the differences is how the car takes initiatives in traffic. 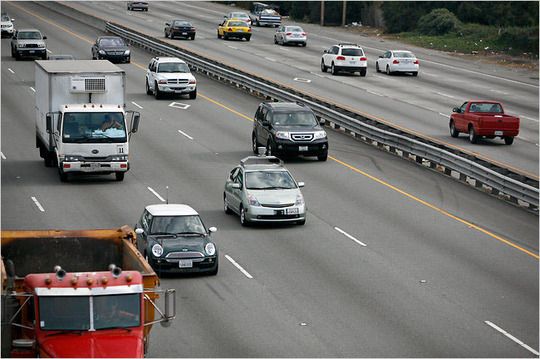 “Google’s ambitious project is done to increase safety on the streets where a total of 1.2 million people worldwide last year died in accidents.